How, you ask, was this possible? Mr. Steinbeck’s nephew, a friend of mine, still oversees the place in Sag Harbor, New York and invited me, my husband and another couple to come for a few nights stay.

Knowing I was (and am) a writer,  my travel companions saw the spark in my eyes, felt the dizzing euphoria welling up inside me as we pulled up to the house built in the 1960’s. 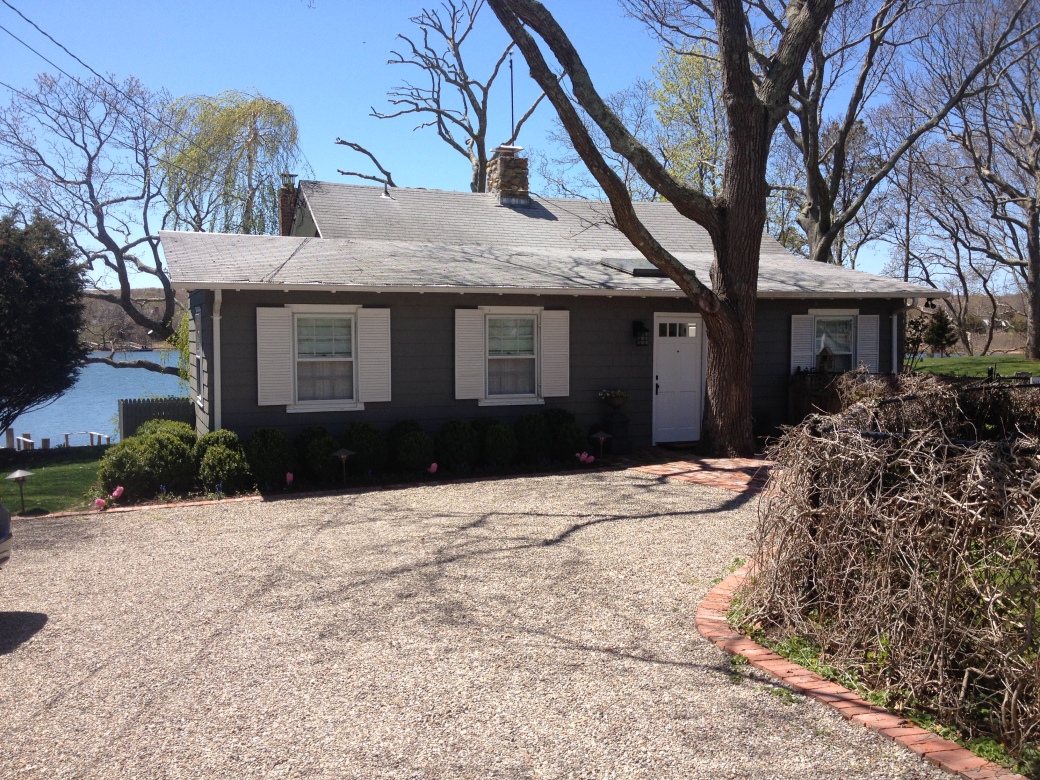 He was there, all around me.

To my right, sat this bench. 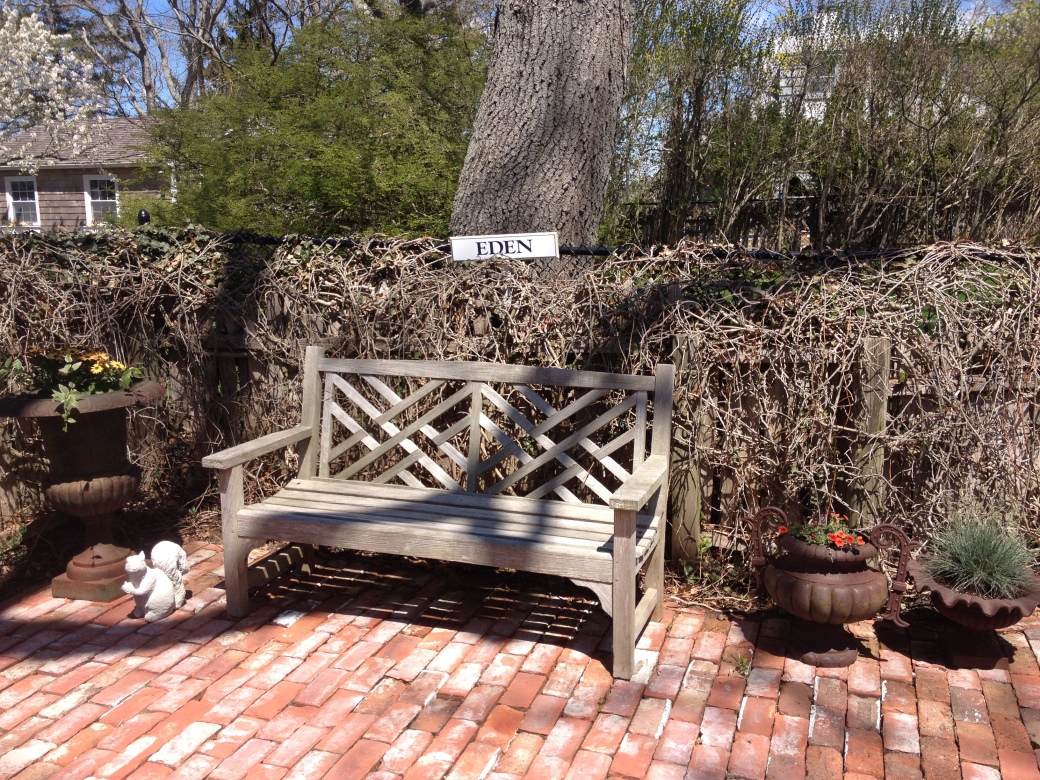 I patted the grand Oak and entered. 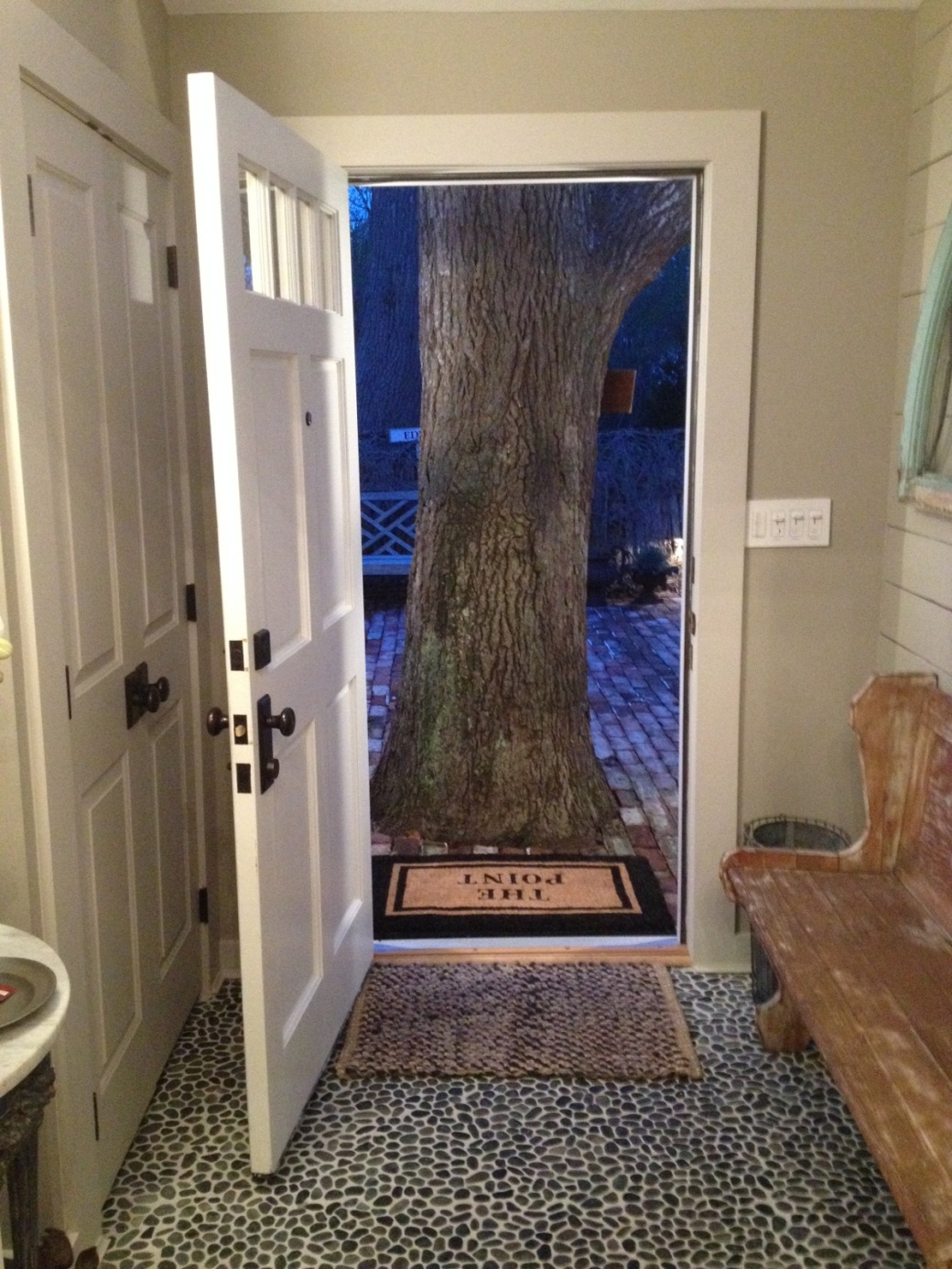 At first, what made things “real”for me were the original photos lining the hallway like vintage wallpaper. 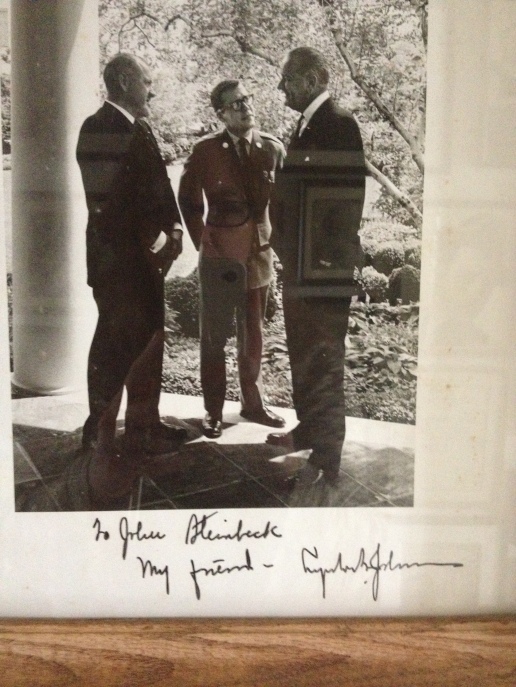 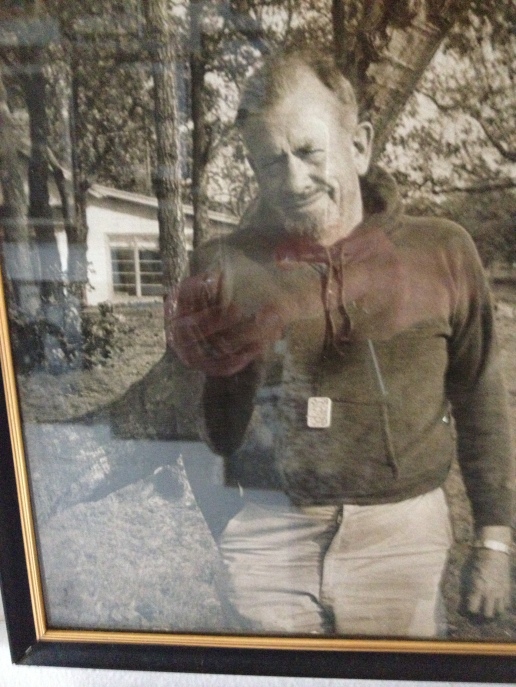 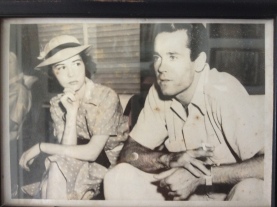 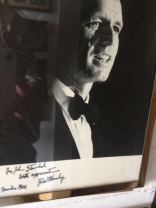 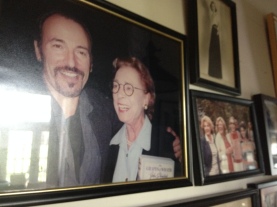 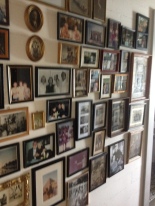 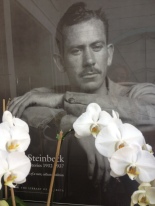 But here’s the best part. Next to the bay is a gazebo. It’s where Mr. Steinbeck wrote Travels with Charlie, his poodle and  best friend, who is buried steps away, his leash inside the gazebo. 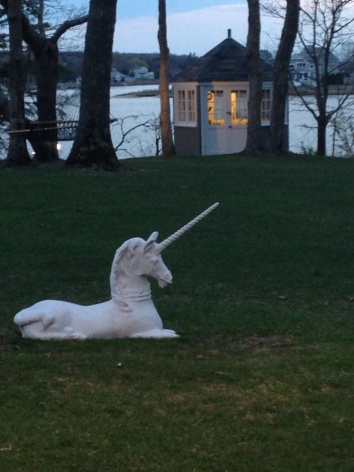 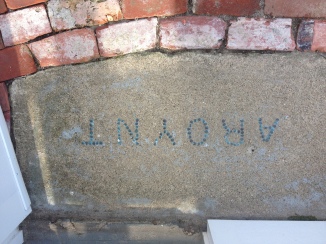 AROYNT, roughly meaning, go away. Steinbeck hammered the nails into the cement in front of the gazebo. 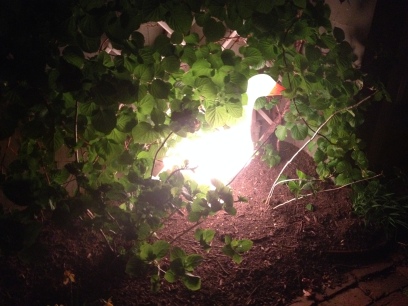 His wife understood his need for solitude. So, at happy  hour or suppertime, she would light up the plastic goose to let him know it was time to come in.

Mr. Steinbeck’s nephew never gives away the gazebo’s combination. But he gave it to me. And, I wrote. There. Where HE wrote… 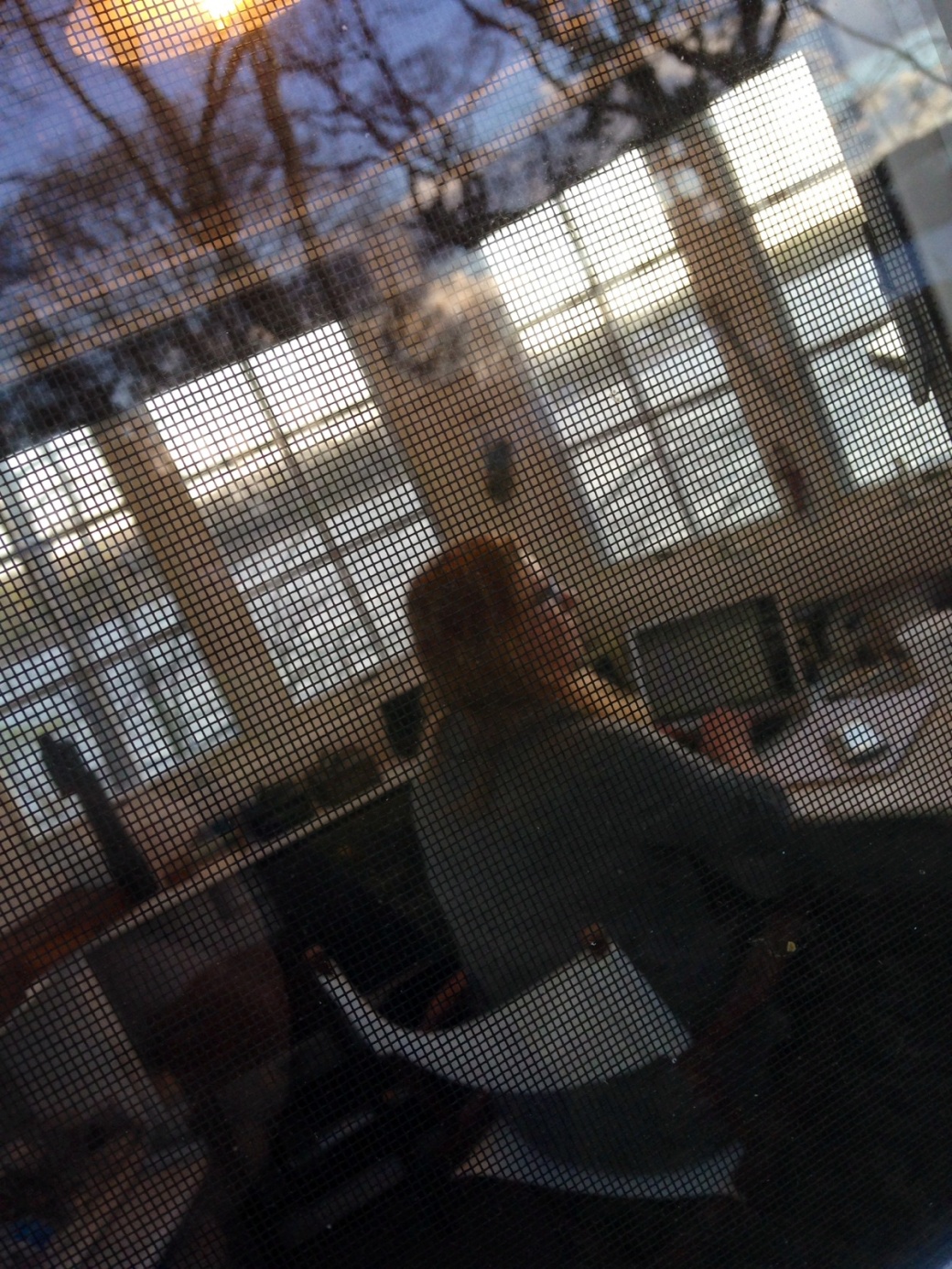 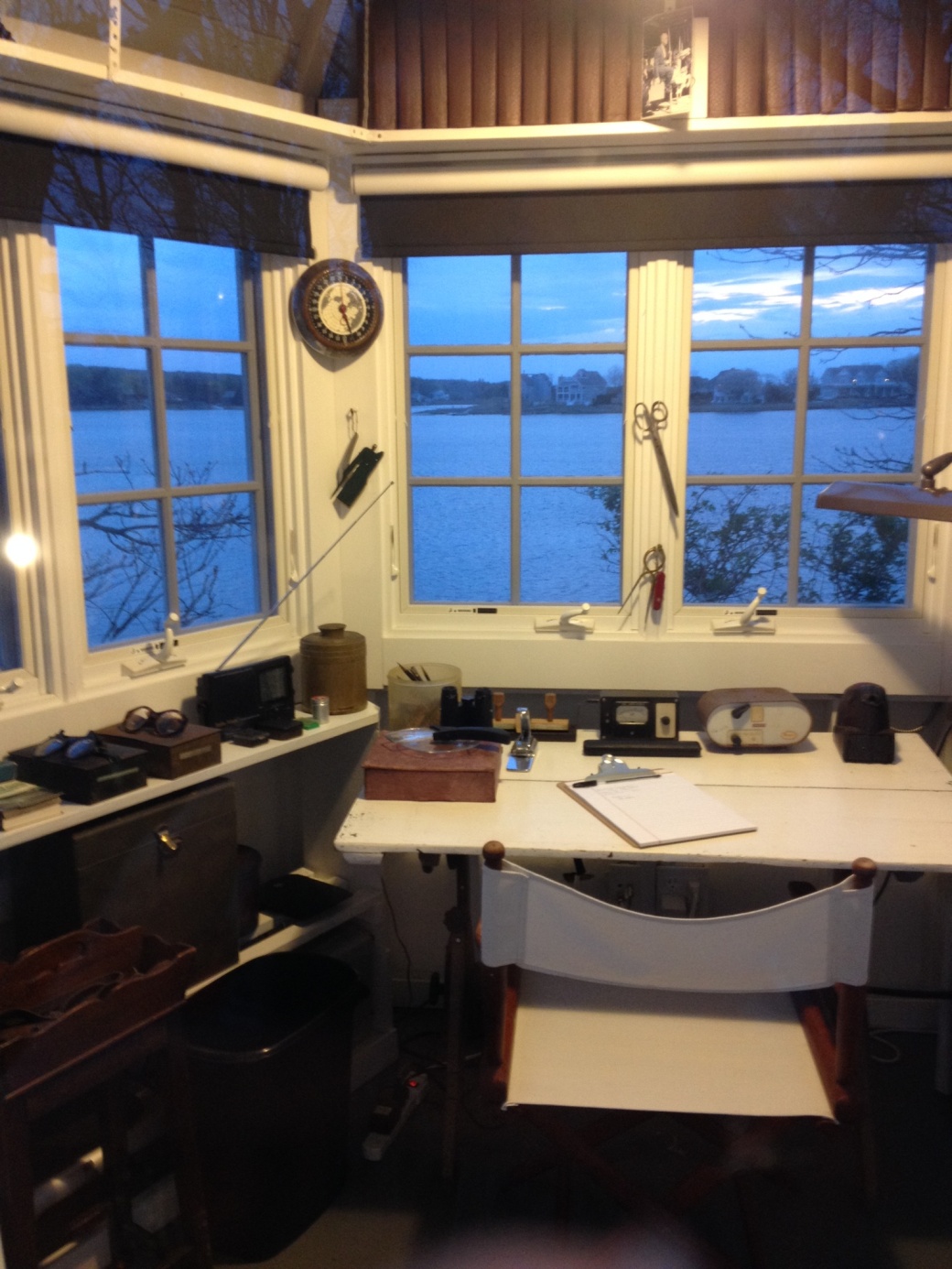 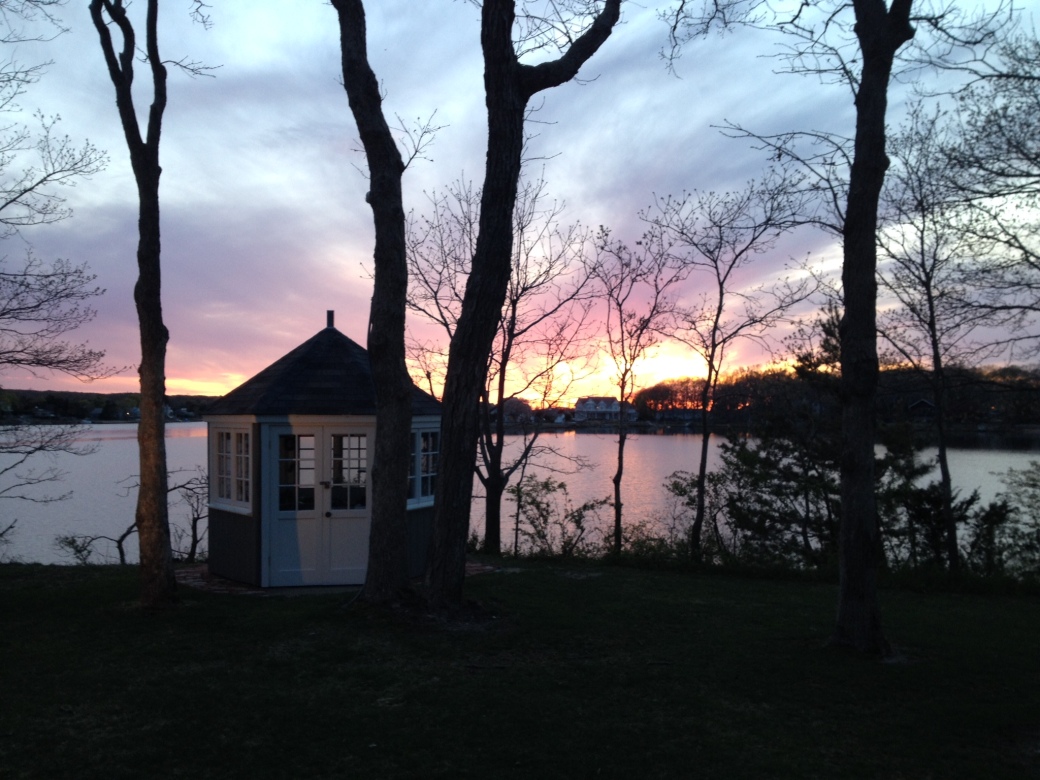 … and his timeless objects still remain inside. 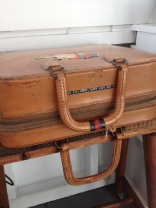 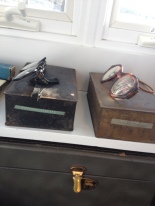 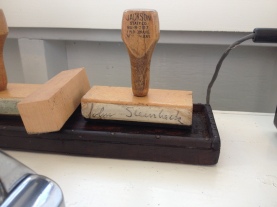 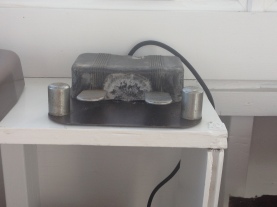 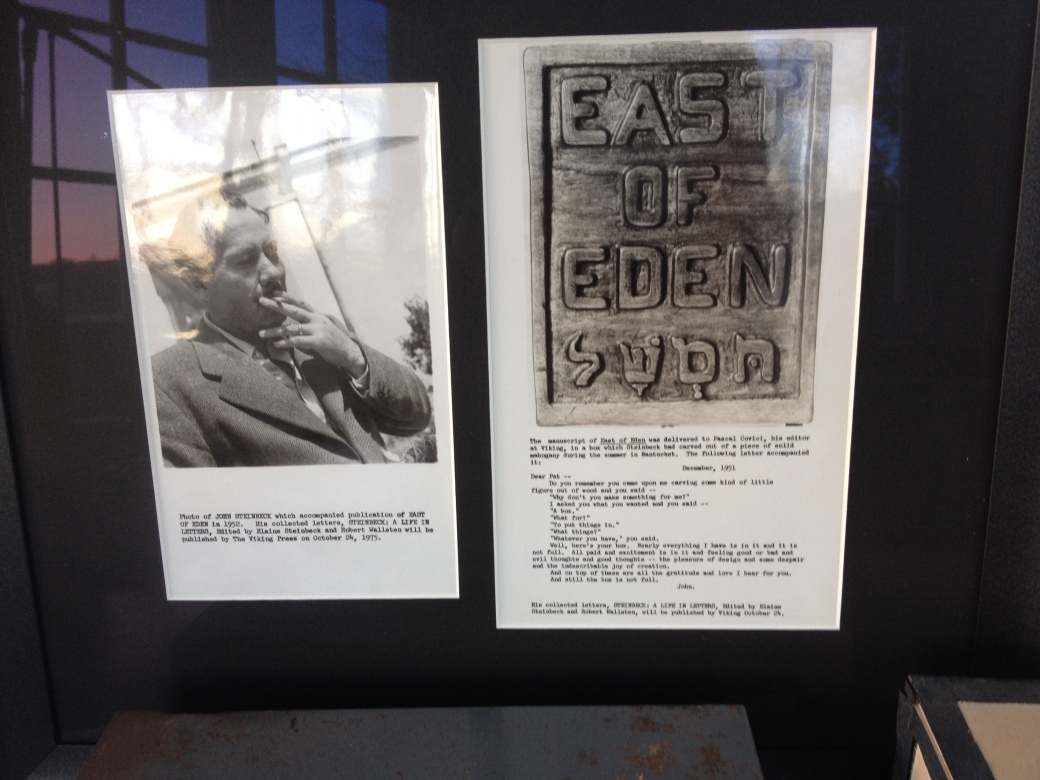 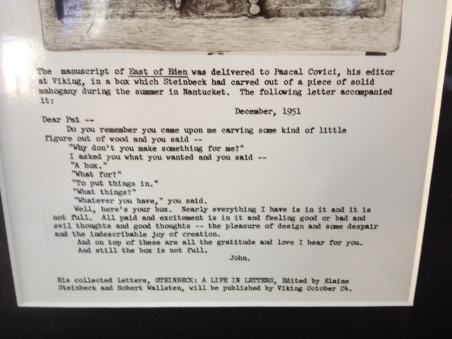 At the risk of being offensive, I opened a box containing pencils. I asked Mr. Steinbeck’s nephew if I could have one (there were many). He said, “Well, that were my aunt’s. Let me give you one that I know Uncle John wrote with.”

In the gazebo, he opened an old box. Inside were pencils without erasers. “Uncle John never erased,” he said. “Each day, before he started writing, he made sure his pencils were sharpened. He wrote on a Big Chief tablet.”

He handed me the pencil. Do I need to explain how I felt?

It was two years ago last May that I inhaled greatness. Why am I finally posting this? Perhaps because, when I wrote in John Steinbeck’s gazebo facing Sag Harbor Bay, I was working on The Last Bordello. Now, it’s published.

Thank you for the inspiration, Mr. Steinbeck. And for the pencil. 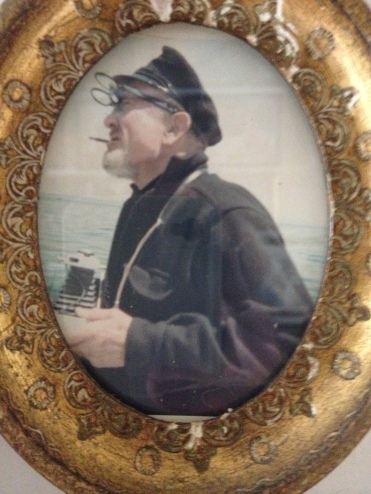 3 thoughts on “The Time I met John Steinbeck”