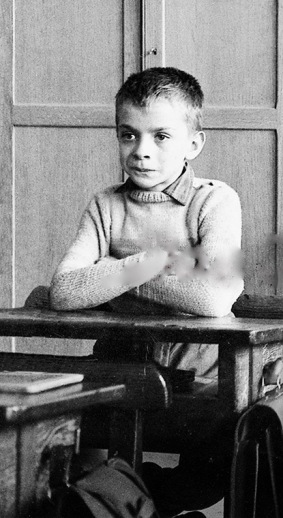 The first day of school, I’m sitting in the back hoping she won’t see me. But she does.

I hate it when she says “you-uh,” like it’s two words instead of one.

“Cono, you’re pressin‘ down too hard with that pencil, you’re gonna break it.” “Cono, I can barely read what you’re writing, it looks invisible.” “Cono, you-uh got something to say or don’t ya?”

She thinks that she’s higher and mightier than God Jesus himself. She walks with her nose so far up in the air that, if she were a turkey, she’d drown. Turkey’s do that. They’re so stupid that if it starts raining, they look up to see what’s dropping on them and sniff!. That’s all it takes. They’ve plumb drown in a drop of rain. You’d think they would have caught on after a while. Like they would have seen their loved ones plop down dead after looking up, that they’d be onto something. No way. They ever look up just to see the pretty stars? Nah. They only look up when it’s raining. Sniff!

The only thing dumber than a turkey is the man that owns them and he’s dumber than a box’a hammers. Just like Mrs. Berry and Principal Pall.

Excerpt from No Hill for a Stepper by C. Dennis-Willingham

← Nope, Not Me
If More of Us Would Follow in His Footsteps →